The Resurgence of a Historic Florida Landmark

It seems ironic but entirely fitting that an early 19th-century gathering spot for hunters and travelers emerged as one of Tallahassee’s best attractions with modern touches and amenities now complementing one of the state’s most historic sites.

In the 1800s, two delegates (one from St. Augustine and one from Pensacola) set out to find a centralized location to serve as the capital of Florida when they met at a beautiful waterfall and deemed Tallahassee as the capital. The waterfall is long since gone but is represented by the park’s name and a commemorative fountain in the heart of Cascades. Located less than a quarter of a mile from the current Capitol Building, the park features the Capital City Amphitheater, a family-oriented playscape, a fine-dining restaurant, 2.3 miles of fitness trails and tributes to its history that spans four centuries. The Capital City Amphitheater is home to musical, theatrical and community events and features more than 3,500 seats against a beautifully landscaped backdrop of the park. Discovery at Cascades, an initiative by the Knight Creative Communities Institute (KCCI), showcases a variety of Florida environments, habitat gardens and play areas for children including a park and an interactive water fountain choreographed to colored lights and sound. The Edison is a beautifully restored building that served as the city’s electric and light plant in the 1920’s that is now home to one of the city’s most premier restaurants with its contemporary finishes and breathtaking views. This 24-acre park features 2.3 miles of winding trails that are perfect for walking, jogging or biking and are very pet-friendly. The northern end of Cascades Park was once home to the 1890’s Smokey Hollow African-American community, which was disbanded in the mid-1960’s due to urban renewal. Now in the same location, stands a Smokey Hollow commemoration to pay tribute to the vibrant community which was an important part of the park’s history. Now a section of the park is built in the shape of a baseball diamond to commemorate the history features photos from the era.

Once again, Cascades Park is a gathering spot for both residents and visitors alike and has rightfully so earned a spot on the National Register of Historic Places.
Back to Top 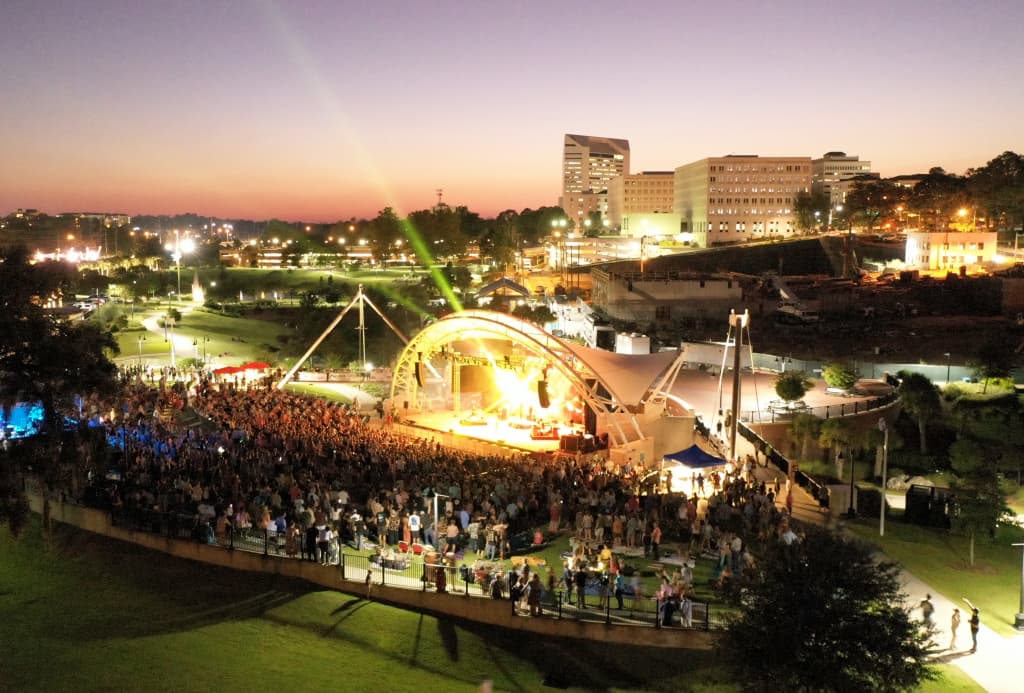